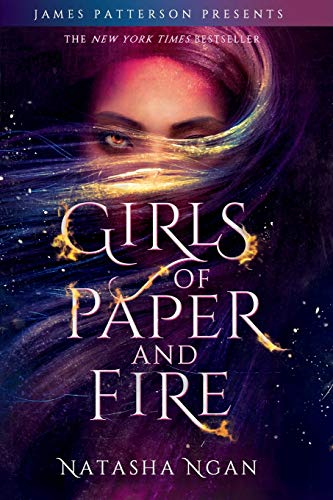 Girls of Paper and Fire , by Natasha Hgan

Uncover a riveting story of palace intrigue set in a sumptuous Asian-inspired fantasy world in the breakout YA novel that Publisher's Weekly calls "elegant and adrenaline-soaked." In this richly developed fantasy, Lei is a member of the Paper caste, the lowest and most persecuted class of people in Ikhara. She lives in a remote village with her father, where the decade-old trauma of watching her mother snatched by royal guards for an unknown fate still haunts her. Now, the guards are back and this time it's Lei they're after -- the girl with the golden eyes whose rumored beauty has piqued the king's interest. Over weeks of training in the opulent but oppressive palace, Lei and eight other girls learns the skills and charm that befit a king's consort. There, she does the unthinkable: she falls in love. Her forbidden romance becomes enmeshed with an explosive plot that threatens her world's entire way of life. Lei, still the wide-eyed country girl at heart, must decide how far she's willing 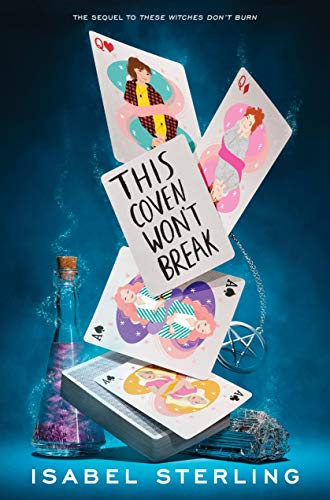 In this gripping, romantic sequel to These Witches Don't Burn, Hannah must work alongside her new girlfriend to take down the Hunters desperate to steal her magic. Hannah Walsh just wants to finish high school. It’s her senior year, so she should be focusing on classes, hanging out with her best friend, and flirting with her new girlfriend, Morgan. But it turns out surviving a murderous Witch Hunter doesn’t exactly qualify as a summer vacation, and now the rest of the Hunters seem more intent on destroying her magic than ever. Of course, Hannah knows a thing or two about juggling romance and recon missions, so when she learns the Hunters have armed themselves with a serum capable of taking out entire covens at once, she doesn’t think twice about helping. With Witches across the country losing the most important thing they have—their power—Hannah could be their best shot at finally defeating the Hunters. After all, she’s one of the only Witches to escape a Hunter with her magic intact. Or so everyone believes. Because as good as she is at faking it, doing even the smallest bit of magic leaves her in agony. The only person who can bring her comfort, who can make her power flourish, is Morgan. But Morgan’s magic is on the line, too, and if Hannah can’t figure out how to save her—and the rest of the Witches—she’ll lose everything she’s ever known. As the Hunters get dangerously close to their final target, will all the witches in Salem be enough to stop an enemy determined to destroy magic for good? 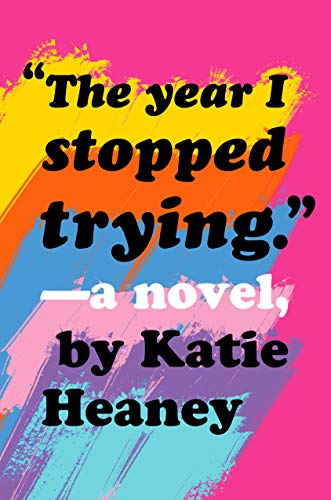 The Year I Stopped Trying , by Katie Heaney

Booksmart meets The Perks of Being a Wallflower in this novel of overachieving, existential crises, growing up, and coming out, from the author of Girl Crushed and Never Have I Ever. Mary is having an existential crisis. She's a good student, she never gets in trouble, and she is searching for the meaning of life. She always thought she'd find it in a perfect score on the SATs. But by junior year, Mary isn't so sure anymore. The first time, it's an accident. She forgets to do a history assignment. She even crosses "history essay" off in her pristine planner. And then: Nothing happens. She doesn't burst into flames, the world doesn't end, the teacher doesn't even pull her aside after class. So she asks herself: Why am I trying so hard? What if I stop? With her signature wit and heaps of dark humor, Katie Heaney delivers a stunning YA novel the sprints full-force into the big questions our teen years beg--and adeptly unravels their web. 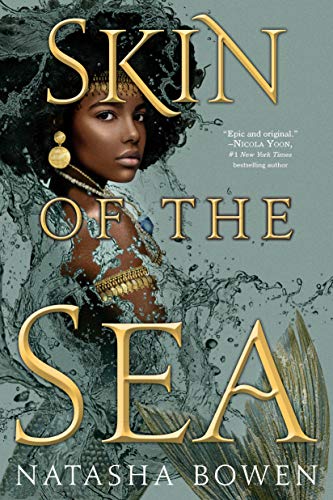 Skin of the Sea , by Natasha Brown

A way to survive. A way to serve. A way to save.   Simi prayed to the gods, once. Now she serves them as Mami Wata—a mermaid—collecting the souls of those who die at sea and blessing their journeys back home.   But when a living boy is thrown overboard, Simi goes against an ancient decree and does the unthinkable—she saves his life. And punishment awaits those who dare to defy the gods.   To protect the other Mami Wata, Simi must journey to the Supreme Creator to make amends. But all is not as it seems. There's the boy she rescued, who knows more than he should. And something is shadowing Simi, something that would rather see her fail . . .   Danger lurks at every turn, and as Simi draws closer, she must brave vengeful gods, treacherous lands, and legendary creatures. Because if she fails, she risks not only the fate of all Mami Wata, but also the world as she knows it.